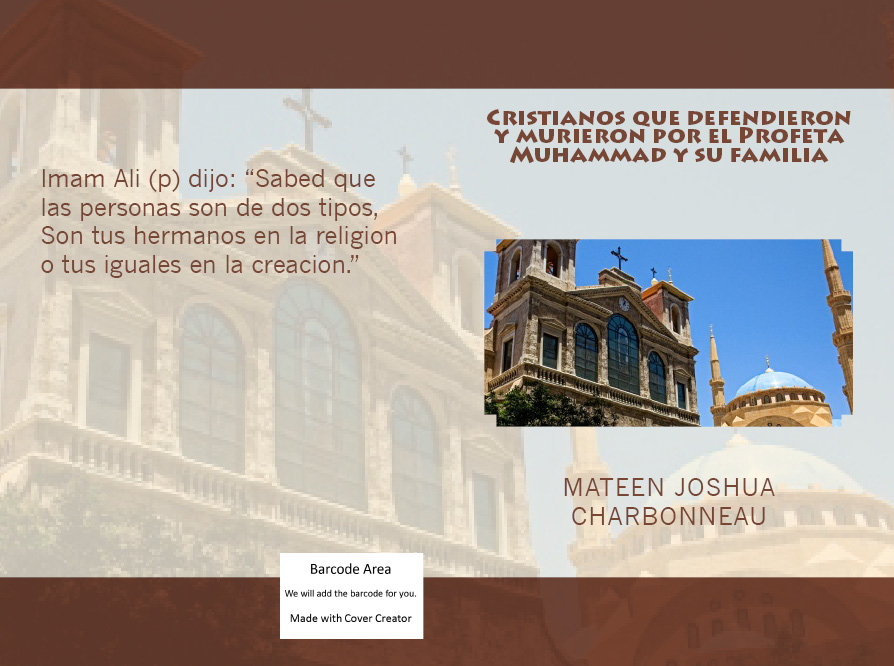 We are glad to announce that through the amazing work of Shia Translate we have been able to publish the Spanish version of Christians who Defended and Died for Muhammad and his Family.

This work will be a great way to open up the minds of the Latino people and show them how the true relationship was between the Muslims and the Christian during the time of the Prophet (pbuh) and during the time of Imam Ali (pbuh).

“You will surely find that the strongest in enmity against those who believe are the Jews and the idolaters (Pagans); and you will find the nearest in love to those who believe to be those who say, “We are Christians”. That is because there are amongst them, men devoted to learning (priests) and men who have renounced the world (monks), and because they are not proud. And when they hear what has been revealed to the Messenger, you will see their eyes overflow with tears at what they recognize as Truth; and they will say, “O our Lord! We believe, so record us amongst the witnesses. Why should we not believe in God and the Truth that is given to us, nor desire that our Lord should make us enter the company of the righteous?” Therefore God has rewarded them, for what they said, with Gardens beneath which rivers flow, to dwell therein forever; that is the reward of those who do good.” (Quran 5:82 – 85)

Imam Ali (AS) is reported as saying “Know that people are of two types: they are either your brothers in religion or your equal in creation.”

If you know of any Spanish speaking Muslim’s or Latino Muslim groups please share this information with them.

The book is available for purchase here: