The illustrated version of “The Suffering of the Ahl ul Bayt and their Shia throughout History” by Mateen Joshua Charbonneau has now been officially released on iTunes. This edition will include pictures, video clips of scholars speaking on the topics and videos of Latmiyyah (Eulogies) to accompany the tragic stories of oppression which befell the descendants of Prophet Muhammad (peace be upon him and his family). 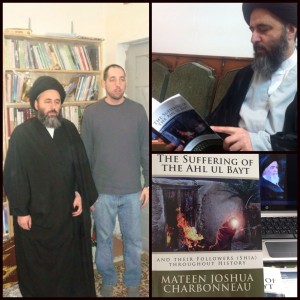