Imam Ali (AS) and his Treatment of the Poor Christian 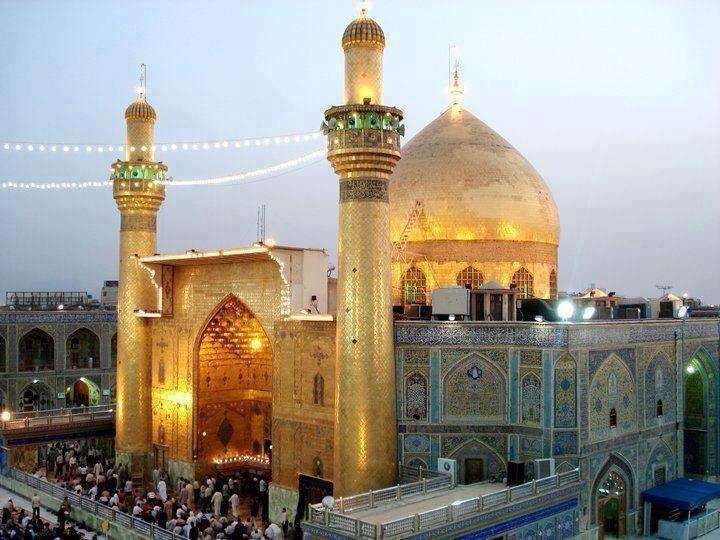 Imam Ali (AS) and his Treatment of the Poor Christian

The old man, a Christian by religion, had worked all his life; but had not been able to save anything for his old age.
Lately he had also become blind. Old age, poverty and blindness had joined hands and he had no other way except begging. He used to stand at the corner of a lane for begging. People had compassion for him and gave him some alms (charity) from which he ate every day, and so he continued his sad life.
One day Ameer ul Momineen (Commander of the Faithful) Imam Ali (AS), passed through the lane and saw the beggar in that condition. Imam Ali (AS), out of his concern for others, enquired about the old man. He wanted to know the factors which led him to that condition. “Has he has no son to support him? Or, is there no other way for him to live a respectable life in his old age?”
The people who knew the old man came forward and informed Imam Ali (AS) that he was a Christian and had worked hard so long as he had his eyes, and when young and strong.
Now that he had lost his youth as well as his eyes, he was unable to do any work; also he had no savings, so it was natural for him to beg. Imam Ali (AS) said, “Strange! Till he had strength, you extracted work from him and now you have left him on his own?”
His story shows that he had worked when he had the strength. Therefore, it is the duty of the Government and the society to support him while he is alive. “Go, and give him a life pension from the State Treasury (Baytul Mal).”

Christians Mourn the Death of Imam Ali (AS)

Many among the Muslims were the mourners of Imam Ali’s (AS) death but none mourned him more dolorously than the Dhimmis (the Jews, the Christians, and the Magians). They were utterly heart-broken. And when the sick, the disabled, the cripples, the orphans and the widows in the empire heard that he had died, they felt that their world had collapsed. He had been a father to them all. He had taken them all by the hand. He had taken them all into his prayers. Many among them did not know until after his death that it was he who had fed them and had taken care of them. He had taken all mankind into his grasp.
Whereas Imam Ali (AS) was accessible at all times to the poor and the weak, his own greatest anxiety and fear were lest any of them be inaccessible to him. It was only in his dominion that the Dhimmis (non-Muslims), the powerless and the defenseless enjoyed complete security. No one could terrorize them or exploit them. With his death, their security was gone forever!