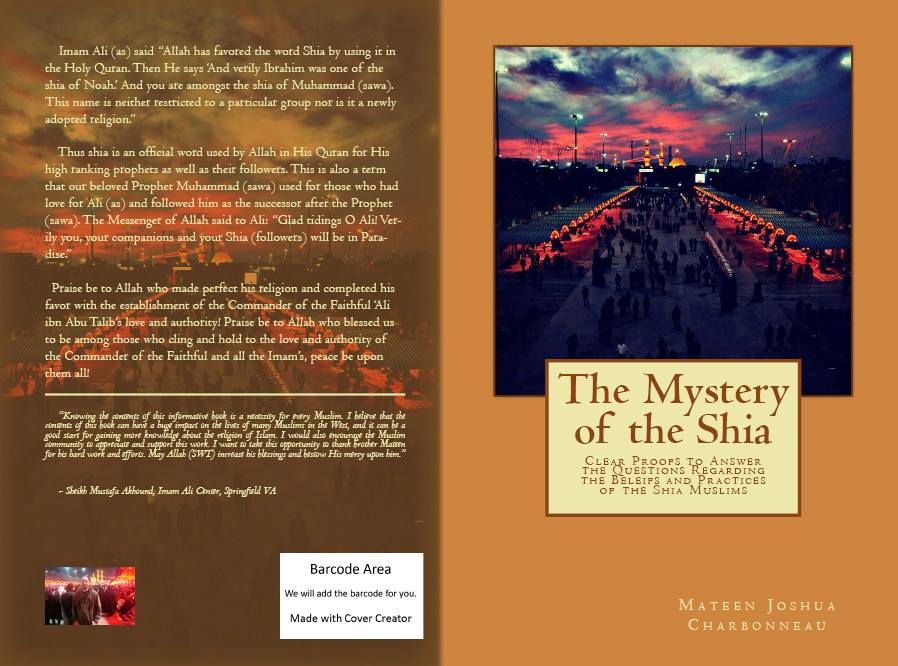 The 3rd book from Mateen J. Charbonneau entitled Mystery of the Shia set to be released Friday 6/7/13, Inshallah.