Firstly when someone comes to us with false accusations that Islam is a violent religion, we would like to object by saying that all of the wars fought by the Prophet (s) were in self-defense and Islam was not spread by the sword, rather it was spread by the excellent morality of the Prophet (s).

Secondly yes, the Muslims after him did conquer territories in the name of Islam but did so by un-Islamic practices. The methods used by the first three khulafa during their reign were not the practice of the Prophet (s). We, as Shia Muslims, do not accept them as our role models or examples and do not support the terror that they havocked on the Muslim community after the death of the Holy Prophet (s), especially their murdering Fatima daughter of the Prophet (as) in their quest for power.

There is a great difference in the so-called Islam which was from the Ahl ul Saqifa vs. the Islam of Ghadir. When we refer to the true Islamic practices and the way that things should be, we need to look at the practices of those who truly followed the Prophet (s), and by saying this we mean, the 12 Imam’s (as) after him.

There are many Qur’anic verses which if collected show that jihad and war are secondary & extraordinary & that peace is the primary ruling. In a hadith, Imam ‘Ali (A) spoke to his troops before meeting the enemy at the battle of Siffin: “Do not fight them until they begin to fight, for you by the grace of Allah have the just cause, and by leaving them until they start on you, you will have another just cause over them.”

Look also at this hadith related by Imam al-Sadiq (A) who said: “The Messenger of Allah when he wanted to send out a troop he called them and bid them sit before him. He then said to them: Go out in the name of Allah and by Allah and in the way of Allah and according to the religion of the Messenger of Allah. Do not handcuff or tie up (the prisoners of war), do not mutilate (even the dead), and do not betray people. Do not kill the old man, the child or the woman, and do not cut down a single tree except when you are forced to do so. And if any Muslim be he lofty or lowly gives a man of the Polytheists sanctuary, then his safety must be secured so that he hears the word of Allah. If he follows you then he is your brother in religion. If he refuses then give him his sanctuary and seek the help of Allah regarding him.

« Let there be no compulsion in religion: Truth stands out clear from Error» (2:256)

This means that we must clearly explain the right path to people; its own reality, is manifest. There is no place for the use of compulsion in religion, no one must be obliged to accept the religion of Islam. This verse is explicit in its meaning.

In the Qur’anic commentaries it is written that an Ansari who had previously been a polytheist had two sons who had converted to Christianity. These two sons had become fascinated by Christianity and very devoted to it, but their father was now a Muslim and upset that his sons had become Christians. He went to the Holy Prophet and said to him: “Rasul Allah! What can I do to these sons of mine who have become Christians? Whatever I have tried, still they do not accept Islam. Do you give me permission to force them to leave their religion and become Muslims?” The Prophet said: “No. La ikraha fid-din, there is no compulsion in religion.”

Another famous verse is: « Invite (all) to the Way of thy Lord with wisdom and beautiful preaching; and argue with them in ways that are best and most gracious…» (16:125)

The verse asks people to invite others to the path of your Rabb, not with the use of the sword, but with beautiful admonitions and advice: « …and argue with them in ways that are best and most gracious… » (16:125) This says that we must dispute beautifully those who dispute with us. This verse has introduced clearly the way for Islam to be embraced.

In another verse we are told: «Say, “The truth is from your Lord”: Let him who will believe, and let him who will, reject (it)…» (18:29) This verse makes clear that faith and rejection must be freely chosen, and cannot be forced onto others. Islam says that whoever wants to believe will believe, and whoever does not want to, will not.

There is also this verse: «If it had been thy Lord’s will, they would all have believed, all who are on earth! wilt thou then compel mankind, against their will, to believe! » (10:99)

These verses clarify the idea of jihad in Islam & make clear that jihad in Islam is not that which some self-interested parties have said it is. These verses clarify that Islam’s aim is not compulsion; that it does not command Muslims to raise the sword over the head of whoever is not a Muslim and offer the simple choice of Islam or death. That this is not the purpose of jihad. 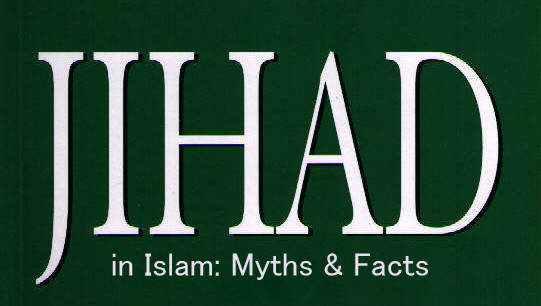 The Arabic word jihad means to strive. Jihad is generally divided into two forms: the greater jihad and the lesser jihad.

The greater jihad is an internal struggle to be pious and good. The Prophet (sawa) is reported to have said: “The greatest jihad is the jihad against your own evil desires.” It is incumbent upon us to strive in the cause of Allah to better our surroundings and ourselves.

The lesser jihad is an external struggle, or defense, in protection of Islam and Muslims. It is obligatory for us to defend our religion when it is in danger, but we should never be the aggressors.

Let us take a look at what the Quran says about the severity of killing a person unjustly.

“The Messenger of Allah (sawa), when he wanted to send out troops, called them and bid them to sit before him. He then said to them: Go out in the name of Allah and by Allah and in the way of Allah and according to the religion of the Messenger of Allah. Do not handcuff or tie up (the prisoners of war), do not mutilate (even the dead), and do not betray people. Do not kill the old man, the child or the woman, and do not cut down a single tree except when you are forced to do so. And if any Muslim be he lofty or lowly gives a man of the Polytheists sanctuary, then his safety must be secured so that he hears the word of Allah. If he follows you then he is your brother in religion. If he refuses then give him his sanctuary and seek the help of Allah regarding him.”

Allah says in the Noble Quran “And if any one of the polytheists seeks your protection, then grant him protection so that he may hear the words of Allah. Then deliver him to his place of safety. That is because they are a people who do not know.”

The Messenger of Allah, Muhammad (sawa), progressed, as we have said, through peace that he adopted as his formula. One example of this is Mecca, the capital of unbelief and idolatry and the capital of waging war against the Messenger of Allah (sawa). The people of Mecca confronted the Messenger of Allah by every possible means. They banished him, killed his (foster) daughter Zaynab, confiscated his wealth and killed many of his followers. Finally they tried to assassinate him so he fled secretly to Madina but they continued their plots against his holy mission. Despite this, after more than twenty years, when the Messenger (sawa) wanted to conquer Mecca, he made preparations then proceeded to conquer that city peacefully without one drop of blood being spilt. Among the preparations he made were when he took possession of Khaibar, he took as spoils a large hoard of golden vessels as many as twenty thousand in number and of differing sizes. The Messenger (sawa) sent a number of these vessels to be shared out amongst the poor of Mecca even though they were unbelievers, polytheists, and warring against the Messenger of Allah (sawa). When these golden vessels arrived for the people of Mecca, they were confused and amazed. They said: ‘We fight this man, we confiscate his property, we kill his followers and his relatives and he deals with us in such a kind manner.’

The chroniclers report that Mecca at this time was the capital of unbelief and Polytheism, hypocrisy, selfishness and pride. When it surrendered to the Messenger of Allah (sawa), most of the people did not announce their entry into Islam but rather remained on the way of Polytheism. The Messenger of Allah (sawa) did not coerce them to accept Islam ever but instead left them to themselves so that they would live by themselves under the rule of Islam to enter Islam in the future.

As the Quran states “There shall be no compulsion in [acceptance of] the religion.”

So as we can see, our Holy Prophet (sawa) and his family were never the aggressors. They defended their religion by performing Jihad when they were attacked, but they would always strive to resolve matters peacefully. When forced to perform Jihad there were very strict rules and regulations to insure that the Muslims did not over step the boundaries.

Excerpt from Mystery of the Shia by Mateen J. Charbonneau Available at:
http://www.amazon.com/s/ref=nb_sb_noss_1?url=search-alias%3Daps&field-keywords=mateen+charbonneau&rh=i%3Aaps%2Ck%3Amateen+charbonneau