Thank you for all of your support to get the knowledge about Islam and Ahl ul Bayt (as) to the brothers and sisters in prisons throughout the U.S. Attached is an updated report of our milestones this year. We have close to 1,200 American converts to Shia Islam and have sent nearly 10,000 Islamic books in to the U.S. prison system.
Sincerely,
2nd Chance Books Team
http://www.2ndchancebooks.org 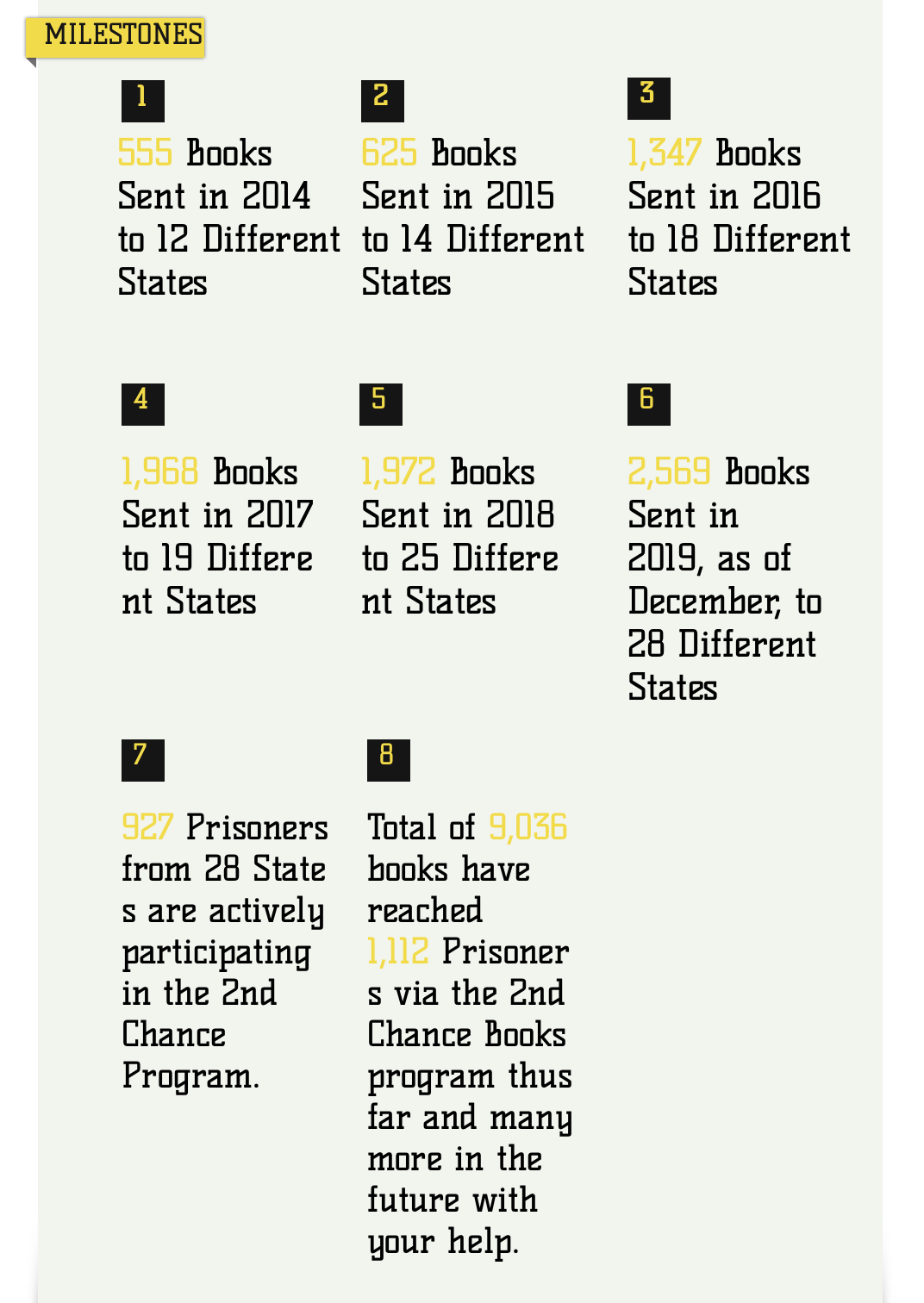 This weekend I will be speaking at Zainabiya in St. Louis, MO Friday and Saturday 8:30 pm. Sunday 6:30. Inshallah.

There is a narration in Luhoof of Sayed ibn Tawus that a man was seen sometime after the tragedy of Karbala weeping at the Kaaba begging Allah for forgiveness but said he didn’t think he would be forgiven.

A man saw him and said Allah is the all merciful surely he will forgive you.

The man who was crying said come close so I can tell you my story. I was one of the 50 men who carried the sacred head of Hussain to Sham. At night we pulled out the head and start drinking wine. That night it started lightening and I saw the gates of the heavens open and Adam, Nuh, Ishaq, Ismail, and Prophet Muhammad all came down with angel Jibrael and the other angels. They all picked up the head of Hussain and began embracing it, kissing it and all began to weep and cry for Imam Hussain.