We would like to thank you all for your help in being able to accomplish this. We are continuously expanding and receiving more and more mail from the prisons across the country. A lot of the people who receive our books are also using them to do outreach to their fellow prisoners and teaching classes to them from these texts.
Take a look at the photo attached to see what we have been able to accomplish thus far by the grace of Allah and through the help of your donations.
To help contribute please visit our website at:
www.2ndchancebooks.org 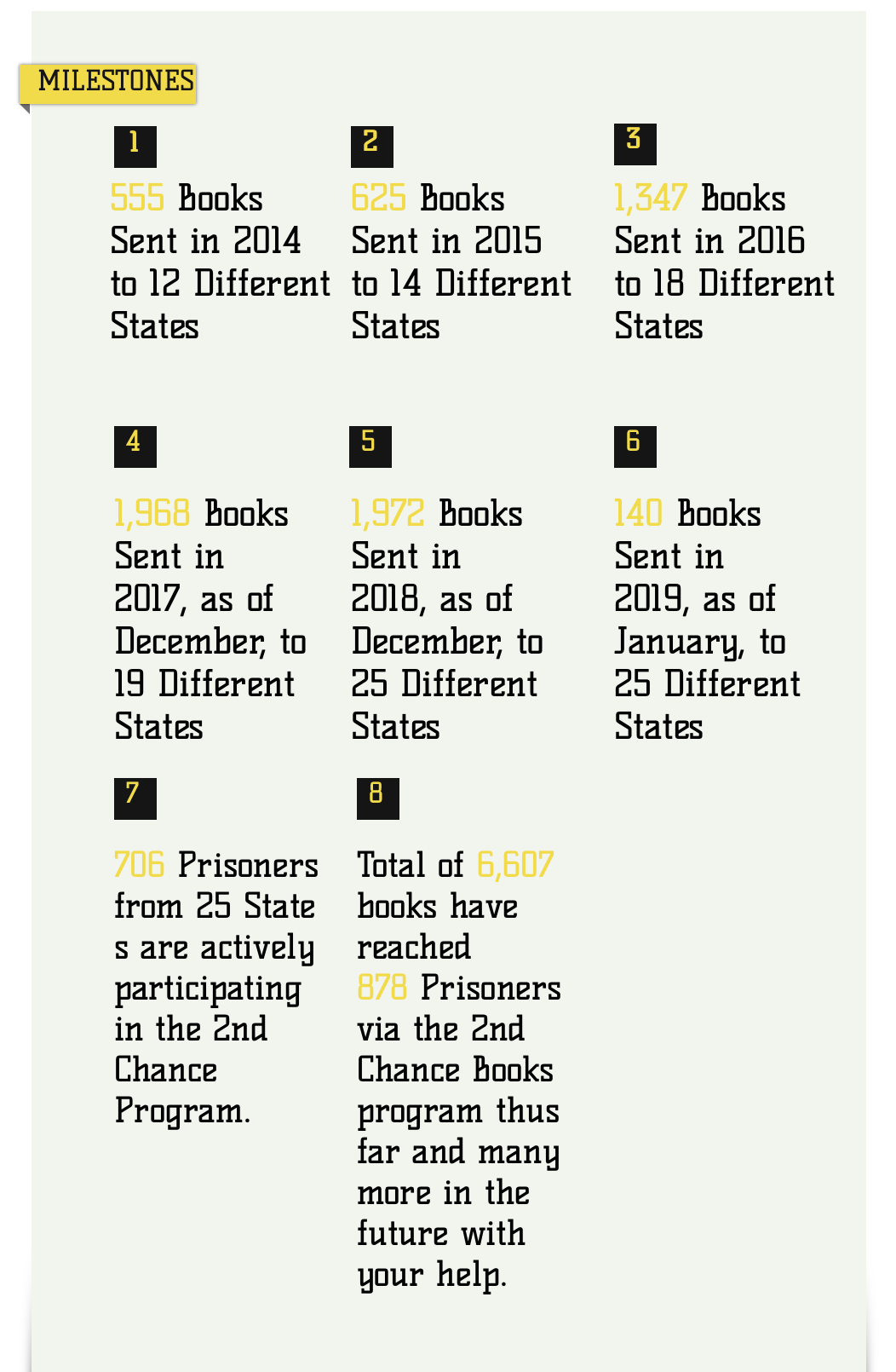